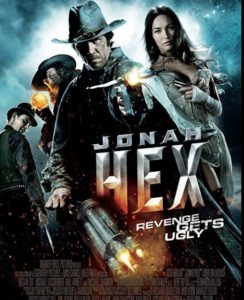 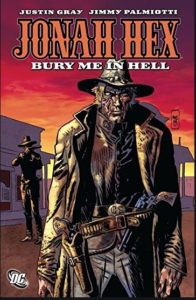 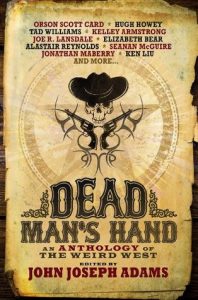 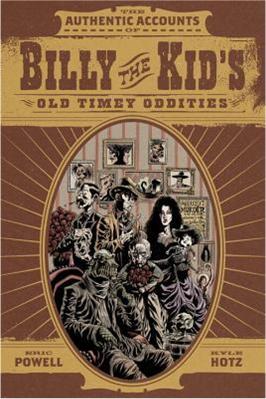 by Eric Powell, Kyle Hotz (Illustrator). The link is here.

The world believes the notorious outlaw Billy the Kid was killed by Pat Garrett, but in reality, the Kid is very much alive, the hired gun of Fineas Sproule’s traveling spectacle of biological curiosities-or “freaks,” as Billy calls them. Follow Billy with this crew of oddities, searching for mystical gems, taking on a fiendish freak-killer, and rescuing an alligator man from clutches of the Loch Ness vampire! Now all three tales are presented in one gunslingin’ omnibus!

I have to start by saying that I have not read a comic or graphic novel in years. In my youth, I collected many comics (Spiderman and Conan being among my favorites), but I stopped collecting about twenty+ years ago. The reason I picked up this book was to satisfy my weird western hunger and a desire to try comics again (kindled by my son). I must say, I was not disappointed with this purchase.

The book’s artwork is stylised (and awesome) and gets across the weird theme perfectly. The monsters have unique appearances, some of them in what I would call a ‘Cthulhu’ style (eyes, teeth, and tentacles).

The story is an enjoyable read, very entertaining and flows well. The plot and characters are interesting and in the 150+ pages, the author has also included both humor and gun action aplenty. This book left me wanting more and I will be on the search for more stories by Mr. Powell soon.

Would I recommend this book? Hell yeah, in an instant.

I have decided to do my bit for the weird western genre by listing and reviewing weird western books, comics, games, TV, movies etc.. Why? I hear you ask. Because I love the genre and I would like to do my bit to promote this cool genre.

How will I review a product and what will it contain? The reviews will be short and may contain things like:

If you are interested in the weird western genre and most intelligent, good-looking people are, then check back with my blog regularly.

The reviews will be title; Review 1, Review 2 etc.. Yeah, I know. It’s a brilliant naming convention and I should patent it…